Not all boat paddles are the same.

In this article, we’ll discuss the paddles that are specific for canoes, how to get one and debunk some confusions regarding their other relatives.

WHAT ARE CANOE PADDLES?

Canoe paddles are instruments used for stroking the water surface in a forward motion. This way, the boats are moved or guided to the intended destination.

They’re like giant ladles with blades touching the water surface in a diagonal or tilted position, with one of the boaters’ hands holding the shaft (or neck) and the other which is the grip (or handle) for support.

WHAT ARE THE DIFFERENT TYPES OF CANOE PADDLES?

Canoe paddles aren’t one and the same. As a matter of fact, it can be categorized into 3 types based on where they’re made from:

HOW LONG SHOULD MY CANOE PADDLES BE?

The optimal length of canoe paddles is around 52” to 60”. If you’re wondering how this was determined, the best thing to do is to hop onto your canoe. Use a measuring tape or any measuring device you’re comfortable with. Then, identify the distance between your nose and water surface.

The resulting measurement should match that of the tip of the canoe paddle’s grip to its shaft’s throat (or base just before the blade’s shoulders). Afterwards, add the length of the paddle’s blade which is usually around 20” to 25”.

DO CANOES USE PADDLES OR OARS?

WHAT’S THE DIFFERENCE BETWEEN A CANOE PADDLE AND A KAYAK PADDLE?

One of the key differences between such paddles can be seen in the number of blades. A canoe paddle has only a single blade on one end but a kayak paddle has two blades – one on each end and can be used simultaneously to move a boat faster.

Another one would be in terms of length. A kayak paddle is quite longer than a canoe paddle. This is because of the blade on its other side which adds another 20” to 25” to its original length.

Then, there’s the idea on kayak paddle feathering. Unlike a canoe paddle, a kayak paddle can be adjusted at different angles (usually 60 to 90 degrees) via the ferrule mechanism along the paddle’s shaft, to reduce the wind drag or pull which can influence your boat’s movement.

HOW MUCH DO CANOE PADDLES COST?

Canoe paddle prices depend on the paddle’s composition, design, and user preference. But normally, they range between $70 to $400. For those who are looking for a compromise between efficiency and affordability, choose canoe paddles that are around the $100-$200 price tag.

If you’re planning on getting a paddleboard instead, read this first.

Getting the right paddle for your canoe takes patience and a keen eye for details. Doing so helps you avoid accidents and keep your boat smooth sailing. What other tips can you recommend in buying canoe paddles? Don’t hesitate to share them below. 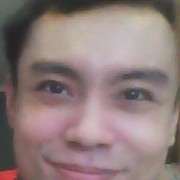 How to Winterize Your Boat How to Pick Boat Seats How to Drive a Boat Picking Batteries for Your Boat